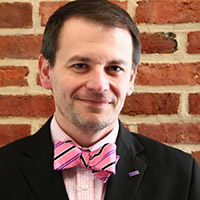 Joshua has worked and volunteered in the nonprofit industry for more than 24 years. He led the implementation of the 211 service throughout Utah, has served as Director of Services for the Utah Food Bank, as Vice President of United Way of Northern Utah, CEO of United Way of Frederick County, Maryland and most recently as President & CEO of 211 Maryland. Today Joshua works as the 211 Director of Network Operations & Performance for United Way Worldwide.

Today he serves on the Maryland Governor’s Commission on Service & Volunteerism, First United Bank’s Frederick Advisory Board and as a Trustee for the Ausherman Family Foundation. Joshua has a bachelor’s degree in Communication from Weber State University.