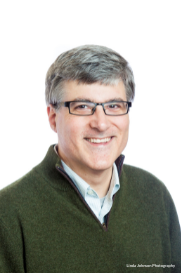 Peter Kirchgraber is a writer, editor, and attorney who has served on the boards of several Baltimore nonprofits, including Itineris, Meals on Wheels of Central Maryland, Soccer Without Borders, and the Organization for Community Health Outreach (OCHO). In addition to his board commitments, Peter is an active volunteer, and over the years has worked with the Special Olympics of Baltimore County, the Baltimore Saints Special Hockey program, Stillmeadow Peace Park, and Rockrose Community Garden. A native of Buffalo, New York, Peter studied history at Canisius College and Cornell University and served as press secretary for a New York State Assemblyman, and later as a legislative analyst for a senior New York Congressman. He studied law at William & Mary and Georgetown and practiced international trade law at the U.S. Department of Commerce, handling NAFTA, WTO, and federal court cases. From 2005 to 2011, Peter was executive director of the Episcopal Refugee and Immigrant Center Alliance. Before joining Maryland Nonprofits, he worked as a ghostwriter and editor, building a client roster that spanned the worlds of law, education, nonprofits, and consulting. He is fluent in German, hard at work on his Spanish, and plans to brush up his grad-school French. He lives in Baltimore with his wife and two sons.