2020 Census: What Nonprofits Need to Know 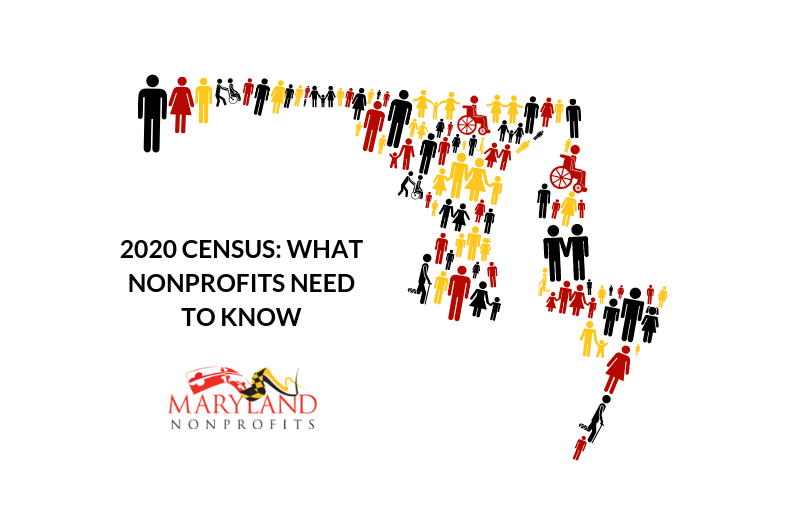 PLEASE REFER TO UPDATES FROM THE CENSUS BUREAU REGARDING COVID-19

WHY NONPROFIT INVOLVEMENT IS IMPORTANT 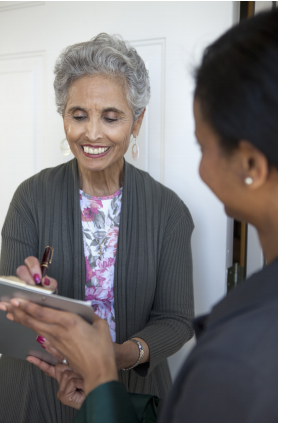 Nonprofits play a critical role in helping ensure a complete count in Maryland. Many households would not participate in the Census if they did not get encouragement from a trusted source. Community-based organizations are highly trusted sources of information. Therefore your encouragement and assistance to people who need it will truly make a difference.

Now that the Supreme Court has, for the time being, prevented the addition of the citizenship question, nonprofits can direct their attention to ensuring that all Marylanders are counted, with extra attention to reach traditionally undercounted communities.

Some nonprofits are getting creative about their messaging, such as the National Association of Black Storytellers promoting “I Want to Be in That Number!” We are more universally going with “Everyone Counts, Be Counted.” Some important reasons that resonate across all demographic groups are the importance of critical funding for their communities, such as education and roads.

Today – August 2020:  Raise awareness among people you serve to participate in the Census and BE COUNTED.

April – August 2020:  Get the word out, help people you serve to get counted.

Online & Paper Forms:  For the first time, the Census will be an online survey for most households whose first communication about the Census will be a letter instructing them to take the survey online.  About 20-25% of households will receive the paper survey as well as the letter.  Postcards will be mailed to non-respondents, and in April 2020, all non-respondents will receive the letter and questionnaire.

$16B IN FUNDING IN MARYLAND RELIES ON THE CENSUS

About one-third of Maryland’s state budget comes from federal sources, and 55 large federal programs rely on Census data for their allocations.  More than $16 billion in funding, the equivalent of $2700 per person in Maryland, is based on Census-derived data, including critical programs important to nonprofits and the communities we serve.

Beyond just the total population counted, Census demographic data (ages, income, housing or employment status, etc.) will be the basis for estimates of age, poverty or other determinants of federal funds for the coming decade.

Below are examples of how Census estimates will affect funding in Maryland:

In addition to the above, Census-driven data has an effect on:

While the actual 2020 Census count will be used directly in only a few programs across the next decade, data collected in 2020 will form the ‘baseline’ that is adjusted by numerous other federal population- or demographic- surveys during the 2020’s to determine funding levels or eligibility.

HTC 2020, a project of City University of New York, provides interactive maps of Hard to Count populations by Census tract.  Populations are considered “hard to count” based on whether they respond to the questionnaire via the internet of mail-in, or the self-response portion of the census.  So, the participation rate of 76% in Maryland means that the costly in-person follow up was required for 24% of households.  A Census Tract below 73% is considered “hard to count.”  According to HTC 2020:

Historically, the census has undercounted young children, people of color, rural residents, & low-income households at higher rates than other population groups. (See Race and Ethnicity in the 2020 Census [PDF].) Also, groups with low self-response rates in prior censuses or census tests include “linguistically isolated” households; frequent movers; foreign-born residents; households below the poverty line; large (i.e. overcrowded) households; low educational attainment households; & single-parent headed households. And people who distrust government authorities and/or have been or could be targets of law enforcement or heightened surveillance may be less likely to respond to the census. 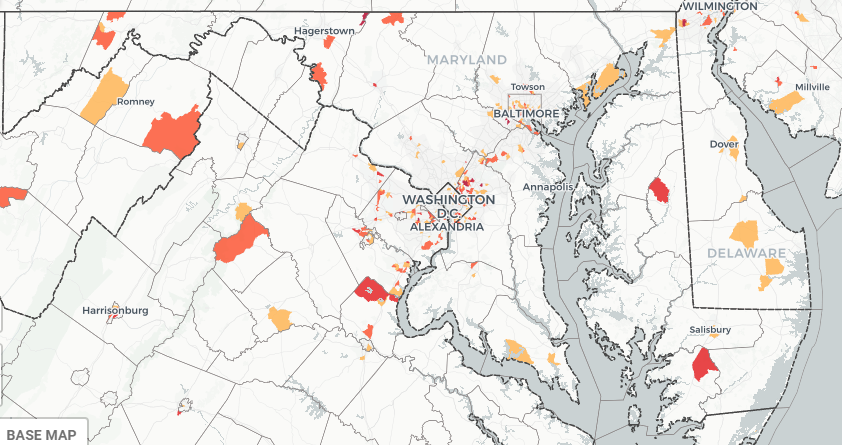 CENSUS DATA IS CONFIDENTIAL BY LAW

Many people are fearful that the data they provide to the 2020 Census will be used against them by immigration or law enforcement organizations. However, using census data in this way is illegal. A full list from the Brennan Center for Justice on the federal laws that protect the confidentiality of census data can be found here – below is a summary of what those laws do.

HOW TO GET INVOLVED

See the National Council of Nonprofit’s outlines on the US Census here and tips for nonprofit engagement, as well as resources listed here: