52 Tips in 52 Weeks: Sarbanes Oxley and Nonprofits – We Remember You Senator Sarbanes

While I get most of my news directly from the pages of my daily newspaper, I was so saddened to wake up Monday morning to a tweet on my phone from a local television news show sharing the sad news that Senator Paul Sarbanes had passed away. I didn’t know Senator Sarbanes personally, but I had tremendous respect for his work, especially where it intersected with nonprofits. How many times have we uttered the phrase “SOX” or “Sarbanes-Oxley” over the years? More than I can count! In my mind, Senator Sarbanes’ name signals efforts to stop corporate and organization fraud and abuse.

The Sarbanes Oxley Act, formally called the “Public Company Accounting Reform and Investor Protection Act,” and “Corporate and Auditing Accountability, Responsibility, and Transparency Act,” passed in 2002 in response to several major corporate and accounting scandals—notably those at Enron, Tyco, and WorldCom. The Sarbanes Oxley Act included eleven sections on a variety of topics including corporate governance, internal control, financial disclosure, auditor independence, document destruction, and whistleblower protections. The final act was passed with nearly almost no opposition in the House or Senate.

The Sarbanes-Oxley Act addressed governance standards and financial oversight in publicly-traded companies. It does not specifically regulate these issues in the nonprofit arena, with two notable exceptions, which exceptions making it a federal crime for nonprofits to: a) retaliate against anyone providing information concerning a federal offense (a whistle-blower); and b) to destroy or conceal any document (or persuade somebody else to do so) in an attempt to obstruct a federal investigation. However, several states have established legislation applying certain other Sarbanes-Oxley provisions to nonprofit organizations. In addition, prominent nonprofit institutions and the Standards for Excellence: An Ethics and Accountability Code for the Nonprofit Sector have recommended to all nonprofits the adoption of several additional governance standards in line with the Sarbanes-Oxley Act, such as the adoption of a code of ethics, the adoption of a policy on conflicts of interest and an annual audit.

In my view, the Act has helped to raise the level of awareness on issues related to conflicts of interest and fiduciary responsibilities generally.  Nonprofit executives and board members have a new level of understanding around corporate impropriety and are more likely to carefully consider potential conflicts of interest.  At the time of the passage of the 2002 Sarbanes Oxley Act, Maryland Nonprofits, the parent organization of the Standards for Excellence Institute and the original location of Standards for Excellence programming, had been working hard to get the word out about the Standards for Excellence program and its benchmarks.  When we kicked off the Standards for Excellence program in 1998, we found that conflict of interest policies were quite a bit less prevalent than they are today, especially around the smaller and medium sized nonprofits. In fact, we conducted a research project focused on the opinions and practices of nonprofits. Our initial survey took place in 1996 and a follow up post-survey took place in 2000.  This research found the proportion of nonprofits that had conflict of interest policies expanded significantly in those years. In fact, it doubled—starting at 21 % and growing to over 40 %.  This research study was published by the Aspen Institute Nonprofit Research Fund.  With Sarbanes Oxley passed in 2002, issues centered on the importance of good governance, good management and avoiding impropriety became even more important, carefully considered, and high profile.

Rest in peace, Senator Sarbanes—thank you for your leadership! 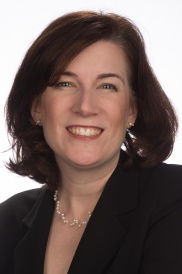 Amy Coates Madsen is the Director of Programs for Maryland Nonprofits and the Director of the Standards for Excellence Institute, a national initiative to promote the highest standards of ethics and accountability in nonprofit governance, management, and operations, and to facilitate adherence to standards by all organizations. The Standards for Excellence Institute is a program of the Maryland Association of Nonprofit Organizations where Amy has served for more than twenty-four years. Amy is responsible for coordinating all aspects of the association’s comprehensive ethics and accountability program and efforts to replicate the program nationally. She serves as a frequent trainer and writer in the areas of board conduct, program evaluation, program replication, fundraising ethics, and nonprofit management. She has taught courses on nonprofit ethics and accountability at the Johns Hopkins Institute for Policy Studies Certificate Program on Nonprofit Management.