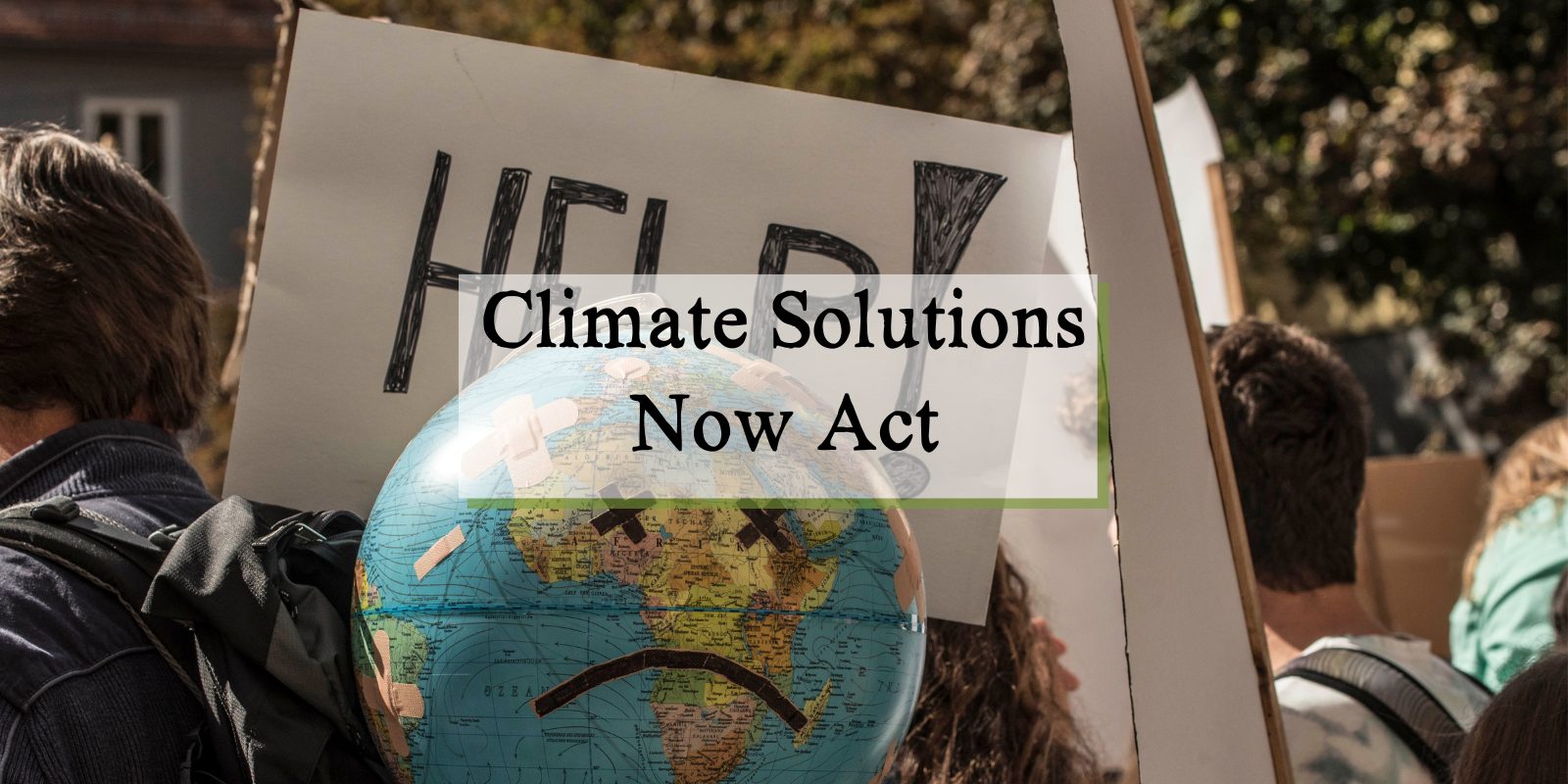 This entry in our “Action to Care” series covers the Climate Solutions Now Act.

Climate change caused by greenhouse gas emissions worldwide is one of the most important public policy issues of our time. A hostile climate can negate whatever progress we can make in social justice, economic opportunity, health, housing, education, or art and culture. We are already seeing the damage from climate change in the form of hurricanes, heat waves, flooding, and damage to ecosystems. All these effects disproportionately affect low-income and disadvantaged communities and individuals in Maryland and around the world.

Ideally, the United States would lead the world in fighting climate change, and our federal government would lead the United States in establishing policies and investments for conservation, alternative energy, and scientific research. Deadlocks in Congress and rulings by the Supreme Court that handcuff the Environmental Protection Agency have limited Washington’s ability to make progress.

Until America gets a pro-climate Congress, it’s going to be up to state and local governments.

The Act makes broad changes to the State’s approach to reducing statewide greenhouse gas emissions and addressing climate change. It requires the State to reduce emissions by sixty percent from 2006 levels by 2031, and to achieve net-zero emissions by 2045. It beefs up energy conservation requirements for buildings. It requires the state government to purchase zero-emission vehicles (ZEVs).

Ambitious and Aggressive “I cannot express to you how aggressive and ambitious that is. But even more ambitious is the fact that [Maryland] Department of the Environment (MDE) will need to come up with a plan to reach that goal and the draft is due in June of 2023,” says Josh Tulkin, Director of the Maryland Chapter of the Sierra Club. “Most people know the state government has been intentionally short-staffed over the last eight years and that will not be something that can be fixed overnight. So, we have the dual problem of knowing that engagement is critical and knowing that our current state government is not staffed up to do it well.”

The Sierra Club is part of a wide coalition of environmental advocates that have worked to strengthen Maryland’s climate efforts for many years.

Action to Care – Advocating for Good Implementation. Legislation is usually the most visible and public aspect of policy advocacy. However, getting a law on the books does not automatically change anything in the real world.

By June of 2023 the Maryland Department of the Environment must complete the draft of its plan to achieve 60 percent reductions in greenhouse gases by 2030. The final report is due December 2023.  In the coming months there will be opportunities for the public to submit ideas on potential strategies. It will require new ideas and out-of-the-box thinking. Participation from the non-profit sector will be critical.

Also, the environmental advocacy community is focused now on getting MDE the budgets and staff to do the job and then pushing MDE and other agencies to aggressively enforce and execute the Climate Solutions Now Act.

Everything else literally depends on it.