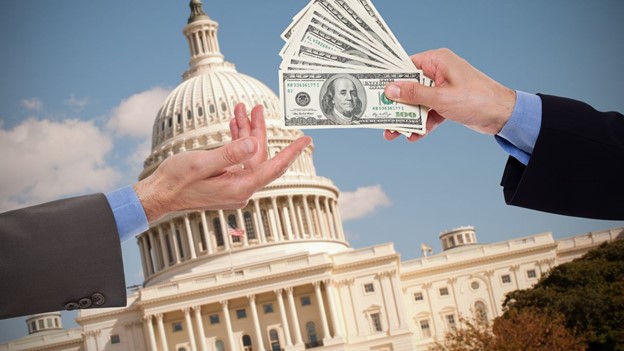 Previously (since a Lobbying Reform Bill in 2001), anyone paying a lobbyist $500 or more in a reporting period has been required to report political contributions of $500 or more to the State Board of Elections.  The law also ‘attributes’ to business entities, including nonprofits, certain contributions by persons connected to those entities.  For most business entities, any contribution made by a board member or officer, and any contribution made by employees at the suggestion or direction of the entity, is attributed to the entity.

Nonprofits are treated differently. As long as they do not suggest or direct contributions to be made, contributions by its unpaid officers and directors are not attributed. While for other entities “officer” is interpreted broadly, for nonprofits it has a narrow definition in the Code of Maryland Regulations or “COMAR” shown below.  This language is generally felt as applying only to a paid CEO or Executive Director.

These filings are due on the same schedule and basis as normal lobbying activity reports, within 30 days of each six-month reporting period (1 May through 31 October & 1 November through 30 April), and done electronically at the State Board of Elections “Disclosure of Contributions” website.

The special provisions for nonprofit organizations above still apply – so unless the nonprofit has suggested or directed a contribution to be made, normally only those made by a paid CEO or ED would be attributed to the organization for reporting, but the report is still required.

COMAR Definition of nonprofit “Officer” for this reporting requirement COMAR  33.01.01.02