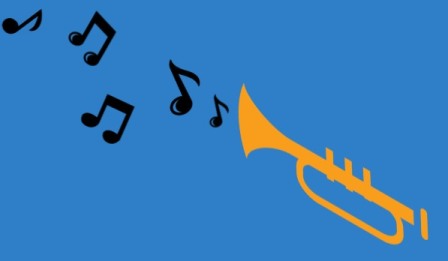 The details of the last decade for the New Orleans Jazz Fest read like a famous story. There are villains, heroes and a lot of drama in between. But nothing other than dramatics would be fitting for this remarkably entertaining event that has become a steadfast and beloved tradition.

Stories of financial success in the midst of dreadful circumstances are understandably captivating for nonprofit leaders, and this article I read at the outset of Jazz Fest is no exception.

In the spring of 2004, the Jazz and Heritage Foundation, which hosts the annual Jazz Fest, was in “dire financial straits” following the September 11, 2001, terrorist attacks. Festival attendance and revenue declined harshly over the next few years, leaving the foundation unable to offer its community programs. During a most ominous time and having no rainy day funds in reserve, a rainy day came precisely during the 2004 festival.

That year, the Jazz and Heritage Foundation ended $900,000 in the red, not to mention experiencing negative cash flow and still owing top artists full fees for rained-out shows. Some staff, board members and volunteers were let go and programs were cut back or eliminated.

During this financial starvation, a faction of the board decided the organization would be better off without Quint Davis, who had been with the Jazz Fest since the beginning. The founder, George Wein, had hand-picked Davis in 1970. Quint Davis’ contract was up for renewal in 2004. However, after a lengthy external search, Davis overcame the group of board doubters and secured a renewed contract with the full support of the board.

Winning the vote with the board became only a brief sigh of victory because Davis had to renegotiate a new contract that stipulated he would be responsible for the financial risk of staging an outdoor festival.

Under these risky contract conditions, Quint Davis knew he must enlist some investors to offset the uncertainty of staging the Jazz Fest outside.  Jay Marciano of AEG Live was suggested by Wein since Marciano was among the contenders during the board’s external search. Davis and Marciano never looked back after their first meeting in New York when they planned the future of the New Orleans Jazz Fest. While both men were very different-Davis colorful; Marciano polished-both shared a passion and enthusiasm for this event.

Davis and Marciano’s synergistic views have now produced multiplied value for the festival. They have invested more heavily in pursuing musicians at the top of the pop hierarchy, successfully cultivated more corporate sponsors such as the Shell Corporation, and instituted premium ticket packages that entail exclusive benefits and reserved viewing sections. Ultimately, the alliance has resulted in greater stability and profitability for the festival and its nonprofit owner, New Orleans Jazz & Heritage Foundation. With an annual budget of more than $20 million, Jazz Fest generates a seven-figure surplus each year.

What were the leadership highlights in this story worth modeling?

• In spite of horrible financial distress, the board demonstrated resiliency and did not dismantle its own corpus or the organization. They recommitted to incumbent festival manager, Davis, who knew what needed to be done to turn around the organization. The financial constraints were not the result of his poor management but rather external factors out of his control (i.e. the economy, 9/11, etc.).

• Rather than cut back on overhead and try to offer the impossible (more for less), the leadership made calculated investments. “They [the board] said, ‘You can’t cut your way out of this. In order to grow the festival, you have to spend more money, not less,'” Davis recalled.

• Davis formed a collaboration with someone who had resources and shared the foundation’s values. Davis knew AEG advocated a strategy to invest more in the festival and enlisted Jay Marciano in a mutually beneficial partnership. Marciano brought his shared belief in the event, deep pockets and artist connections while Davis brought his longstanding event with unique cache and the promise of remarkable returns. Both have a deep appreciation for each other’s talents and what is brought to the table.

• Wein and Davis implemented sustainable additions to the Jazz Fest’s business model that added value to what was already successful. They courted large corporate sponsors of this high-profile event and added premium experiences for which they could charge higher prices.

They lived happily ever after

This year, the Jazz Fest had many reasons to celebrate:
• Ten years of financial stability after what could have been the nonprofit’s demise

• The 45th anniversary of a longstanding and cherished event

• Increased ability to provide musical programming to the community, such as four free festivals, the Heritage School of Music, and the Wein Jazz and Heritage Center

Thanks to the leadership staying power of heroes like Wein and Davis, the Jazz Fest is not only managing its expenses, but it has also secured a bright financial future. Fortunately these heroes recognized the value of collaboration and enlisted the deep pockets and musical vision of industry peers like Marciano who shared their passion.

When asked about the partnership, Marciano said, “I don’t ever see this relationship falling apart. This is one of those great relationships that is going to continue. I think it’s one of the most successful partnerships that we have in the history of AEG.” Since the partnership was formed, the festival has steadily grown in its profits with $22 million in 2005 to $31 million in 2011. Today, the contract has been extended until 2019-the 50th anniversary of the event.

If you find yourself experiencing some or all of the uncertainty Jazz Fest experienced in 2004, consider what peers might share your passion and commitment to your cause. What perspective, resources and complementary values do they bring to the partnership? Ask yourself what investing more rather than less would look like. Or, look at what can be added to currently successful programming. If you like the answers, you just might be able to create your own heroes.


Connect with Maryland Nonprofits on Facebook, Twitter, LinkedIn, and Google+, tell us what you think and what kind of topics you would like to see more of on our blog.

Find the perfect summer internship, follow @MDNonprofitJobs
« How to Build (or Rebuild) a Nonprofit Identity by Christine Batta of SW Creatives
The First Deadly Sin of Nonprofit Strategy, Guest Blog by Rob Sheehan »