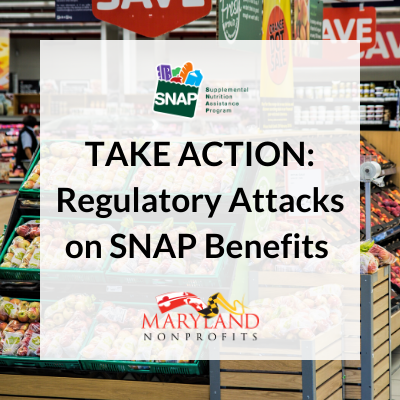 Earlier this year, the U.S. Dept. of Agriculture proposed a rule that would end the practice of ‘categorical eligibility’ for SNAP assistance, which now allows people who qualify for other federal poverty assistance programs to automatically qualify for SNAP. On October 16, it was revealed at a hearing on SNAP and school lunches, that the number of children becoming ineligible for free school meals, originally estimated to be 500,000, is actually closer to one million.

Because of this new information a brief period for additional comment was opened, but that expired on November 1, and final action on that Rule is now pending.

But on October 3, 2019, USDA published an additional proposed rule that would further cut SNAP benefits by a total of $4.5 billion over five years. The cut would result from changes in how states take households’ utility costs into account in determining the number of SNAP benefits for which they qualify. By the USDA’s own estimates, nationwide, 19% of SNAP households would see a cut in benefits. This means 7 million people in 3 million homes would see the effects of this cut. To break it down further, these cuts would affect:

The comment period for this rule ends on December 2, 2019. Please act now! You can find resources and templates from the Center on Budget and Policy Priorities, Food Research Action Center, the Center for American Progress, and Feeding America here.