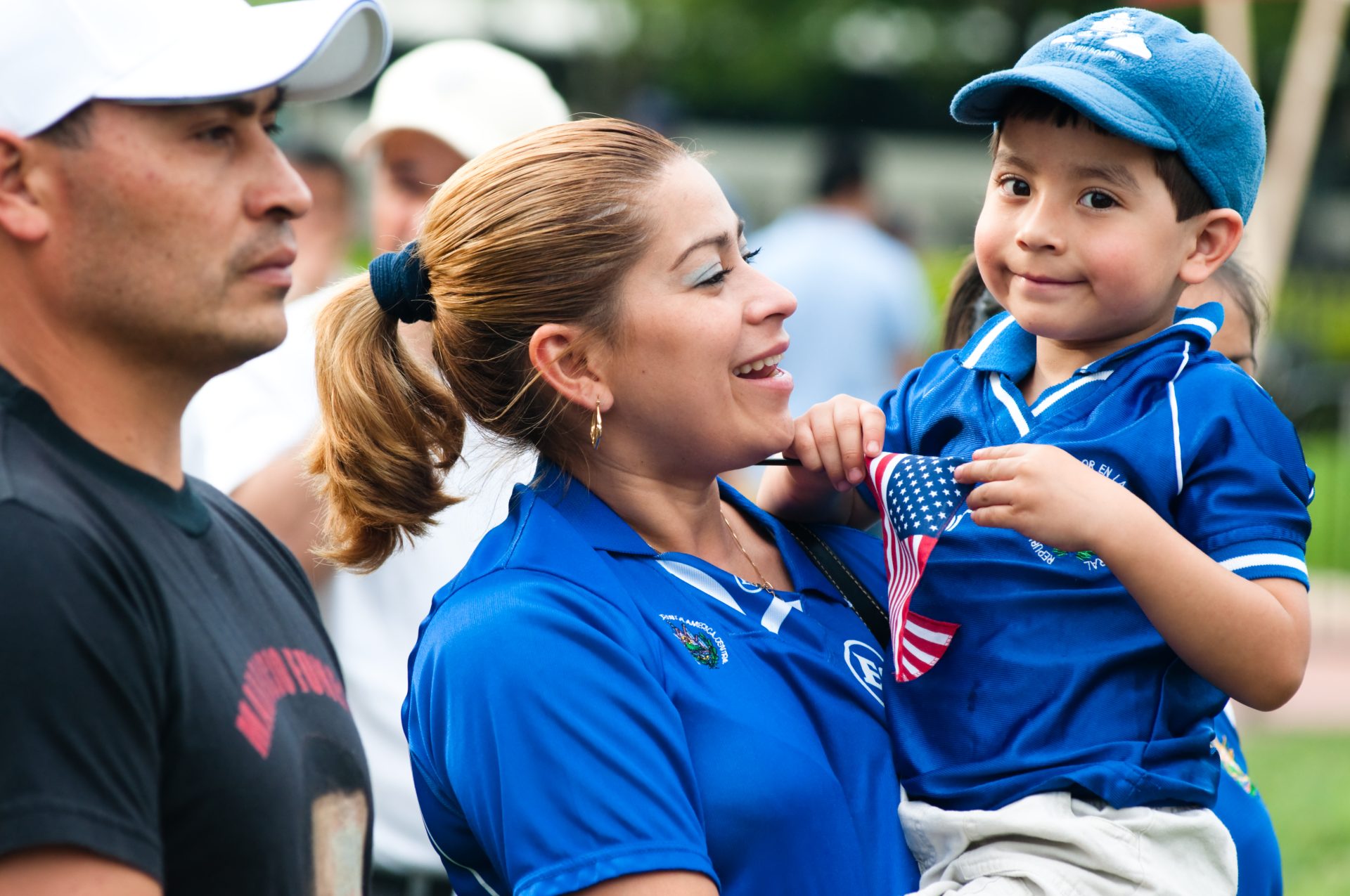 The 2020 Census demonstrated how community representation has not kept up with the rapid growth of Latinos nationwide, particularly here in the State of Maryland where we lag in every area of representation. It could be said that Latinos are almost invisible.

One measure of Latino growth nationwide is that nine states, spread across the country, have crossed the threshold of a Latino population that exceeds 10 percent in the last decade. In Maryland, the 2020 Census showed that Latinos are now 12 percent of the population and number around 744,000.

Growth of the Latino population remained steady at approximately 2 percent between 2011 and 2018, compared to growth among the rest of the US population, which was below 0.5 percent at that time. This statistic also holds true for Maryland. The 2019 American Community Survey (ACS) estimated that Latinos numbered 10.6 percent, and jumped to 12 percent by 2020, while the numbers of white people decreased on par with the national population numbers.

Numbers impact outcomes. Latinos accounted for 82 percent of the growth in U.S. labor-force participation between 2010 and 2017, despite accounting for only 20 percent of the country’s overall population. Latinos quietly labor in every sector: as entrepreneurs, horse trainers, state legislators, farmworkers, chefs, and hospitality workers. We shuck oysters, teach in classrooms, work in the fields, in board rooms, and executive suites.

Latinos contributed $2.3 trillion to the US GDP in 2017. The population has grown significantly since then and is contributing even more today. Yet, few Latinos sit on commissions or are appointed to positions of authority where they have oversight and can influence how decisions are made on issues that affect the Latino community. 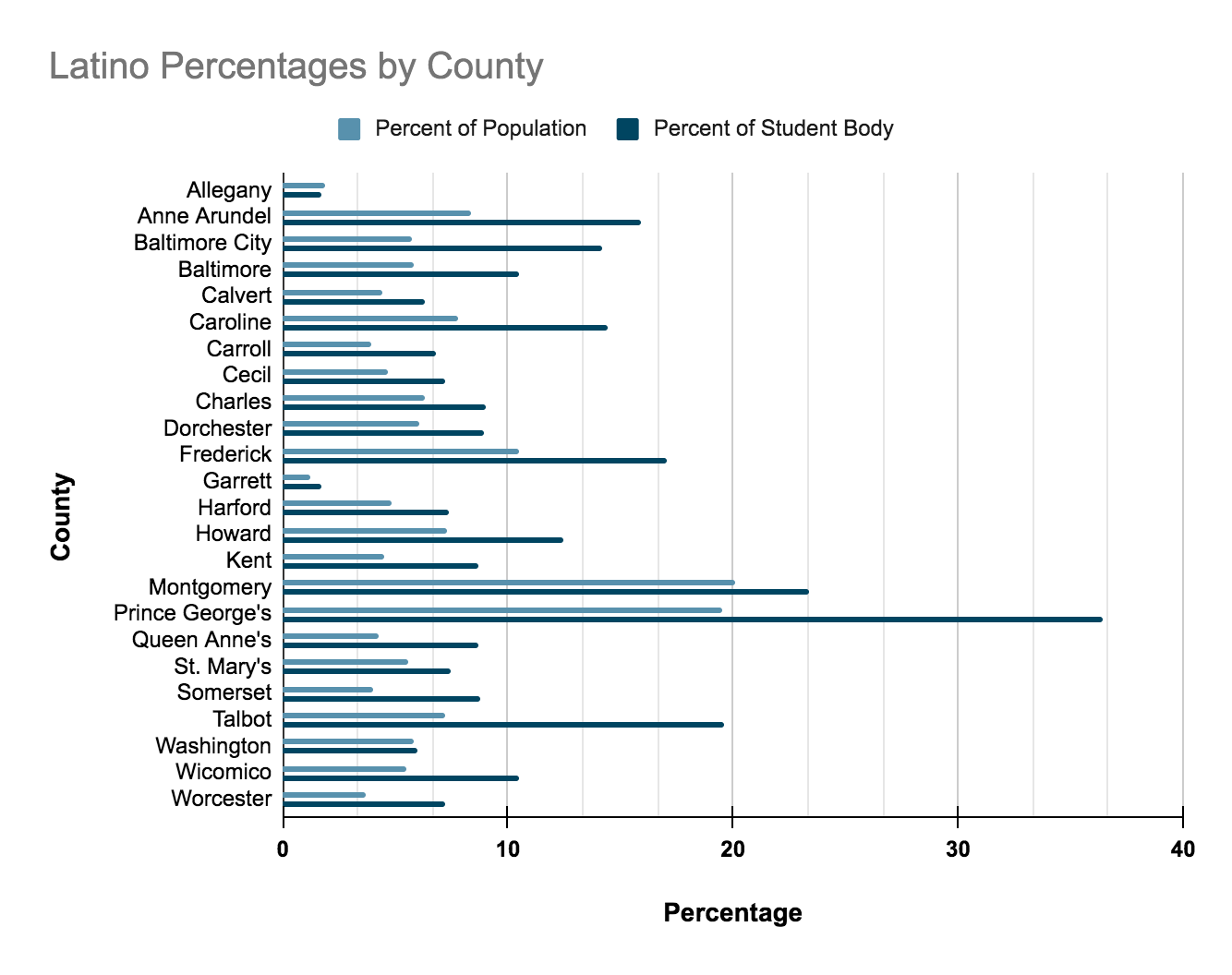 Most recently, the Accountability Implementation Board (AIB) selected by Governor Hogan to oversee the “Blueprint for Maryland’s Future”, with oversight for billions of dollars in school reforms, did not include a Latino as part of its governing body. This is unfortunate given the number of young Latinos who populate the state’s school systems.

In 10 of 21 counties, Latino students comprise more than 10 percent of the student body. In three of these counties, they are 20 percent or more. And one county, Prince George’s, has close to a 40 percent Latinx student body based on 2018 data.

However, it’s not just the Governor and state legislatures that must recognize profound demographic shifts. It is a challenge for all county executives, mayors, and critical local service providers to take these new numbers into account.

Yet, Prince George’s County is facing a considerable backlash. A recent exchange between Del. Joseline Peña-Melnyk and Angela D. Alsobrooks (D) highlighted how the County Executive’s local government failed to hire a single person of Hispanic descent to an agency-level position since her election nearly three years ago.

Elected officials who fail to acknowledge this rapidly growing population do so at their own peril, placing the community’s future at risk, but also their own political careers. In this scenario, nobody wins.

Redistricting processes need to be inclusive

Maryland is currently in the midst of its redistricting process, which is just as critical as increasing representation on state and county commissions and in executive appointments. According to the Mexican American Legal Defense and Education Fund (MALDEF), the Census data presented the usual decennial prospect of substantial new opportunity for Latino voters to elect their preferred candidates to local, state, and national elected office.

Montgomery County is not alone in experiencing rapid Latino population growth. The Hispanic population also rose in the city of Baltimore, from about 4 percent in 2010 to 8 percent in 2020, changing demographically from 25,960 to 45,927.

In Baltimore County, the Hispanic population increased from about 5 percent to 7 percent in the same timeframe, or from 39,865 to 61,492.

As a Latino membership and advocacy organization, Maryland Latinos Unidos’s (MLU) expectation is that all line-drawers statewide react appropriately to the awesome growth of the Latino population by fulfilling their clear legal duty, under the federal Voting Rights Act, to create Latino-majority electoral districts wherever population growth demonstrates that it is possible to do so.

MLU expects these legal obligations to be met in Maryland, and especially in local communities like Annapolis, Gaithersburg, and Riverdale, where the Latino population is only now reaching critical mass to warrant the creation of districts where Latino voters can elect candidates of their choice.

Redistricting is intended to be a process based on changing population data. Some objectives of redistricting are to avoid gerrymandering, and to ensure communities of interest are not wrongfully divided.

Communities of interest are groups of residents with common political, social, or economic concerns often determined by legislators.

When these communities are divided, their representatives of choice have lower chances of being elected, putting the communities at a disadvantage during elections, but also during the political appointment process.

At the end of the day, politics and money go hand in hand. Yes, Latinos are a nascent but quickly growing community statewide. Yes, Latinos must get organized and do so quickly or risk losing another decade of significant representation as their community grows larger and larger. But state and county officials also need to consider that Latinos are not going to sit idly by.

Latinos want to see economic growth and be represented as much as the next person. Latinos are not begging for scraps. At the end of the day, Latinos want to help bake the pie, and make a pie large enough for everyone to be able to have a healthy portion. But for that to happen, Latinos need to be on the frontlines.