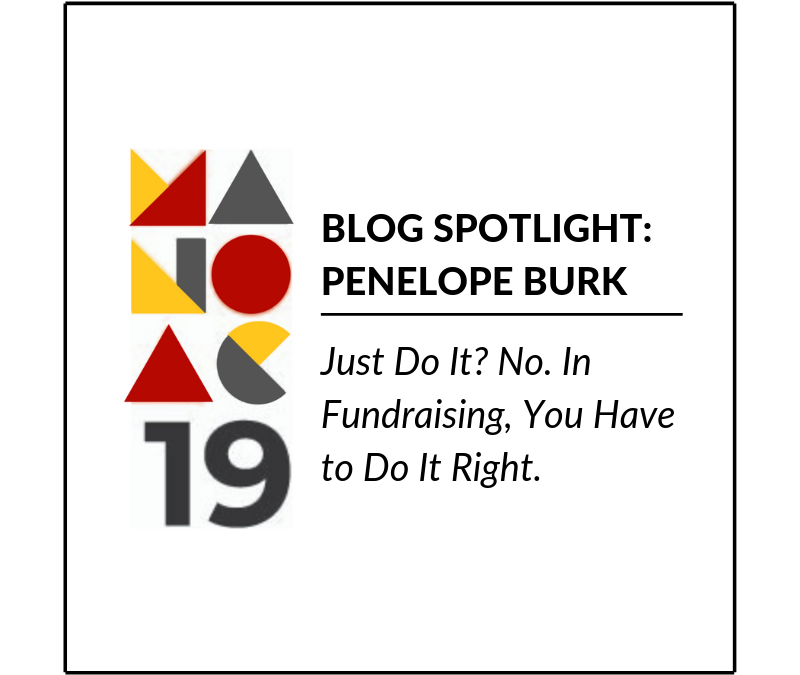 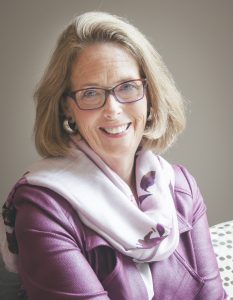 This blog by Penelope Burk, fundraising expert and keynote speaker on the first day of #MANOAC19, was originally published on Penelope’s blog, Burk’s Blog. Visit Burk’s Blog for more information on fundraising. Penelope will be presenting Being Donor-Centered in Changing Times: How to Use Donor Trends and Changing Technologies to Make More Profit at Maryland Nonprofits and MARFY’s Annual Conference on the first day of the conference (October 3) in Linthicum Heights, Maryland. For more information and to register for the conference, please visit our website. Penelope is the author of the best-selling industry standard, Donor-Centered Fundraising. First published in 2003, the book is currently in its eighth printing. In 2013, Penelope published the companion book, Donor-Centered Leadership, a critical resource for Boards of Directors, Chief Executive Officers and Advancement Directors on how to implement Donor-Centered Fundraising and manage fundraising staff for optimum productivity. For more information on Penelope and her work, please visit her website.

Just any kind of thank you call, done whenever and by whoever, is not donor-centered and likely won’t work.

As a passionate advocate of using research to inform fundraising practice, it was with considerable interest that I read the new study, “Do Thank-You Calls Increase Charitable Giving?” (Samek and Longfield, 2019), which concluded that thank-you calls to donors have no impact on the value of their future donations.

This study certainly challenges some ingrained practices when it comes to building donor relationships, but it also indirectly reinforces what I have been saying for 20 years: when the thank-you call is made, who makes the call, and what is said during the call are all critical components that affect renewal rates and gift values.

The tests described by Samek and Longfield, however, contain none of those three critical assets.

Calls were made 3-7 months after gifts were received; were conducted by teams of “call workers” whose status within the organization would have been insufficient to inspire donors; and were often followed closely by a renewal appeal. It is no surprise that, under these circumstances, the research failed to yield a positive result. Although not discussed in their paper, there are some additional factors that may have further reduced the effectiveness of the study’s calling program:

That aside, Samek and Longfield’s paper remains convincing in that thank-you calls conducted long after gifts are made, and without the involvement of a senior representative of the not-for-profit, are unlikely to have any impact on donors’ future giving decisions.

That should not be seen as a dismissal of all approaches to calling donors to thank them for their gifts, however, and the Samek and Longfield study appears to acknowledge that. In their related survey of professional fundraisers, Samek and Longfield found that “about 85% indicated that they make thank-you calls within the same month of the gift date, and 40% of fundraisers indicated that board members usually make those calls.” This type of thank-you calling (which is much closer to what I advocated in Donor-Centered Fundraising) was not tested in their research. So, a significant difference exists between the tested calling program and what a majority of fundraisers practice. By extension, this also means that many professional fundraisers already know the difference between high-quality acknowledgment and a poorer quality alternative. In fact, the authors specifically state in their paper that “alternative ways of operationalizing [thank-you] calls may have different results”, and that it is an “open question whether the results would apply to … non-profits, who tend to use senior staff, board members or volunteers to make calls and also usually make calls closer to the initial gift date”.

There are so many tactics and programs to consider when trying to build relationships with donors and everything fundraisers choose to do takes time and budget resources. When I write or speak about acknowledging donors for their gifts, or communicating with them or recognizing them publicly, it’s never a black and white situation where a strategy works or doesn’t work no matter how it is implemented.

Truly meaningful thanks that inspires loyalty and higher gift values is immediate and personal. And it is offered by someone from the highest ranks of a not-for-profit, someone who is genuinely grateful for what donors make possible.