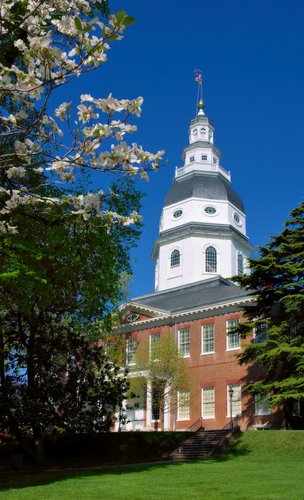 State Budget: The House version of the budget and budget reconciliation measures (HB 70 and 72) passed with major amendments that (1) eliminate or lessen numerous proposed spending reductions, and (2)  “impound” additional funds so that they may only be spent on some or all of a list of legislative priorities. The Governor may choose which or all of those to fund, but any unallocated balance will essentially go to a fund balance for the year. The ‘re-direction’ of the impounded funds does require agreement of the governor – but he cannot make any other use of the money.

The Senate budget proposal, pending floor action, overall takes a few more cuts, assumes about $10 million in additional revenue, establishes $24 million in additional legislative priorities for funding from the impounded funds, and would close FY 16 with a $4 million smaller General Fund balance, than the House plan.

It contains a number of funding cuts and add-backs that differ from the House action, listed below. There are also additional amendments, not listed, adding, changing, or striking budget language. The Budget and Tax Committee summary document can be found here, and the full report (206 page PDF) here.

In general, there are still reductions from originally mandated levels for the coming year, and numerous programs or provider reimbursements have been held to the FY 2015 levels. In short, not as bad as it could have been, but a pattern that will impact services and cannot be sustained.

Senate Increase in “legislative funding priorities”: Amendment #42  ‘restricts’ $202.6 million in general funds, $24 million more than the House action, to be used only for listed legislative priorities. Priorities added by the Senate include $15 million to Family Health and Chronic Disease Services for a grant to Prince Georges County Hospital Center; $5.7 million to maintain nursing home reimbursement rates at the Jan. 1, 2015 level; $3 million to support crisis resolution services; and $125,000 in additional support for children’s medical day care services.

State Procurement Reform:  A major step toward creating a centralized authority for most state procurement that we supported, HB 698, appears headed for an interim study. It does create positive momentum for this change, possibly in the next session.

Charitable Regulation/Oversight:  HB 151, extending our workgroup of stakeholders to assist with improving the registration and public information work of the Secretary of State is being heard in the Senate this week. We are also working with the new Secretary to protect a currently vacant position from being eliminated in the budget process. (House cut restored in the Senate.)

Transparency: The major reform of the Public Information Act, in HB 755 and SB 695, is moving forward, with SB 695 passing second reading today (3/24). However provisions eliminating special exceptions (that block release of information on smaller farm’s agricultural runoff) have been removed from the bill to permit its passage.

We are also supporting HB 1211 that would require at least minimal advance public notice before the governor (with consent of the Board of Public Works) may reduce approved appropriations following the session. We are also suggesting stronger notice and other requirements to limit this power on ‘mandated’ spending items, similar to those in legislation the House of Delegates passed in 2004 (failed in the Senate).

Join us for our Members Only Roundtables in Baltimore, Owings Mills, Easton, Hagerstown & Pasadena! Learn more on our Events page!

Connect with Maryland Nonprofits on Facebook, Twitter, LinkedIn, and Google+, tell us what you think and what kind of topics you would like to see more of on our blog!

Step into springtime with a rewarding nonprofit career, follow @MDNonprofitJobs