How we talk about elected officials matters, a lot 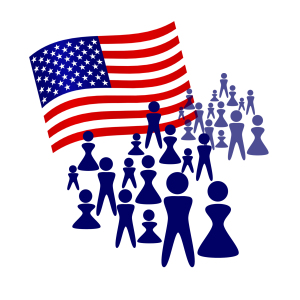 But we’ve heard from many community organizers that when it comes to engaging citizens, they run into the same hurdle over and over—they knock on doors to talk about things like the need for more street lights or a new bus stop, and what they hear back is something like, “Why should I bother getting involved when the city council only cares about raising money for the next election?”

Research commissioned by Public Works shows that when Americans think of government, what comes to mind is politics and politicians rather than the actual work of government. Which is a problem, because Americans tend to think of elected officials as self-interested, corrupt, and beholden to corporations and special interests rather than the people.

It’s not easy to avoid triggering this dominant paradigm—government = politics—especially when, ironically, bashing politicians writ large seems to be the only thing we’re capable of doing on a bipartisan basis these days. Slamming politicians indiscriminately, unfortunately, has been part of our national culture for centuries. A recent column in the New York Times by Jon Grinspan focuses on the chaotic period following the Civil War when some high-profile and less-than-scrupulous national politicians tainted the public image of them all. Grinspan says, “By the 1870s one Philadelphia writer wondered if any leader was not ‘the unmitigated scoundrel he is usually taken to be.’”

However, Grinspan doesn’t argue that this is an intractable part of our national mindset. Rather, his message is that the consequences of allowing it to flourish are too damaging not to act. He argues that this attitude not only makes it “harder to throw out the real bums,” but it also 1) “favors those who would like to drown government in a bathtub,” 2) “can also make our system less democratic,” and most importantly 3) “offers an excuse to retreat from public affairs altogether.”

Public Works couldn’t agree more. Stoking emotions like anger or frustration directed at elected officials is not useful if it adds to the general sense that governance and the political process are irrevocably broken and therefore not worthy of our energy and attention. When we’re trying to boost citizen engagement, we have to give the frustration with elected officials some sort of a direction, such as, “Voting is a chance to evaluate whether or not they are doing the job we assigned them to—making communities stronger and making government work,” rather than, “Voting is our chance to throw out this bad batch.”

Our research found that ascribing certain roles for our public officials—steward, manager, planner, and consensus-builder—helps Americans to connect dots between voting and the actual work of government and gives them a meaningful yardstick by which to measure candidates and the performance of officials once they take office.

A greater dose of actual interaction between voters and their elected officials is also warranted. Perhaps we need a national Meet Your Elected Officials Day or some other way of facilitating more interactions with our elected officials, from mayors on up, to help break this toxic public frame.
If we don’t rewire this national pastime of throwing all politicians under the proverbial bus, then the energy of the thousand organizations registering Americans to vote this fall will be wasted as people are bombarded with the universal message that politicians are inherently up to no good. If that’s true, then surely we won’t expect the next batch to perform any differently than the current one. Let’s help America to have higher expectations of elected officials, because in doing so, we might end up with politicians who rewrite the job description—away from raising dollars for the next election or serving the needs of a select few and toward running the government in a way that most benefits us all.

« TheGoodMuse Volunteer Journal: Episode 52 – CHILL The Boys Are Just Snowboarding
How to Integrate the Arts into Your Nonprofit Work: Science and the Visual Arts – A Beautiful Friendship »